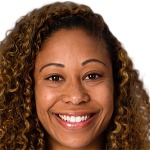 Born: August 23, 1990 in City of Naperville, Illinois, United States us