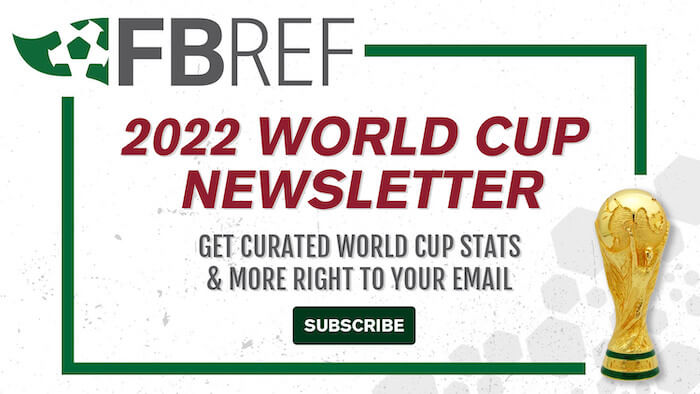 Every day of the Men's World Cup in 2022, get the latest news, advanced stats, leaderboards, and much more delivered to your inbox.

Want more? Connect with us on social media

Sports Reference staff is entirely English and Spanish speaking at this time. We hope to serve all of our customers no matter their native language, so we will do our very best to correctly translate our site into . If you find an error or poorly chosen word, phrase or abbreviation, please let us know and we will attempt to correct the issue quickly.