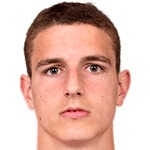 Compare Guus Til to