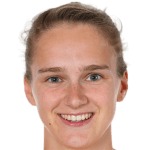 vs. Forwards
vs. Att Mid / Wingers
vs. Midfielders