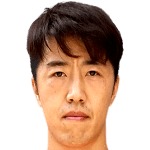 Bai He Stats - All Competitions