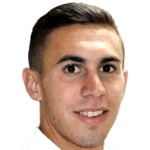 National Team: Armenia am  Other: Argentina