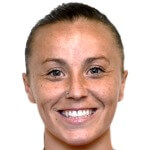 vs. Center Backs
vs. Att Mid / Wingers
vs. Fullbacks