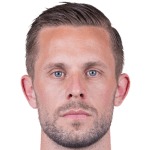 Born: September 8, 1989 in Hafnarfjordur, Iceland is