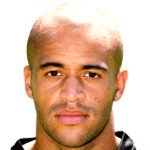 Note that player records are likely not complete for their careers. Players may come from or move to leagues we don't currently cover. This issue will go down over time, as we add new leagues and seasons. We will never in the future have less data than we do today. FBref is currently ad-free. The only payment we will ask for is that you let us know