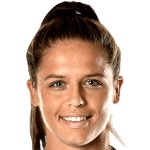 Born: April 5, 1993 in Saalfelden am Steinernen Meer, Austria at