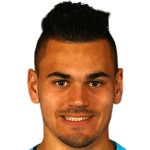 Compare Jérôme Prior to